No two pregnancies are the same however, in my mind, I still believed that the whole pregnancy experience would be similar. But I was wrong. The second time around, everything…

No two pregnancies are the same however, in my mind, I still believed that the whole pregnancy experience would be similar. But I was wrong. The second time around, everything has been different. 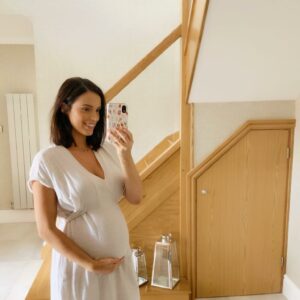 The first time around, I find out I was pregnant pretty much straight away. I just had that feeling. Even taking tests that were displaying as negative I still strongly believed I was pregnant.

The second time, I didn’t find out I was pregnant until around 10 weeks. The thought didn’t even cross my mind. I put it down to being so busy all the time with Mole.

Time seems to go so much slower when you are pregnant for the first time. It feels like years waiting for a midwife appointment and counting down the weeks till your next trimester drags on and on. Now, I can not keep up with my midwife appointments. I feel like I have blinked and already it is single figure weeks countdown.

My first pregnancy I was lucky enough to not experience morning sickness. This time, i’ve had days where just turning my head would make me want to throw up. 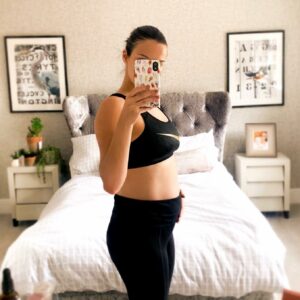 During my first pregnancy I could take a nap when I wanted or watch a film on the sofa but, oh no, not the second time around. I am running around after Mole at a soft play centre or running up and down the stairs to change her or I am looking like I am on Super Market Sweep trying to get my shopping done before Moles patience time bomb goes off.

The advice I was given during my first pregnancy was to “take it easy”. I spoke to a midwife about exercising it was frowned upon. I was in good health and had always exercise so taking the time off did not sit well with me mentally and I gained a lot of weight too. One of the things I said to myself was, if it was to go through a pregnancy again, I want to be as active as possible. When asking midwives now about doing a workout, I received a completely different reaction. A positive one. I have been able to workout without a guilty conscience and thoroughly enjoy feeling healthy and active. 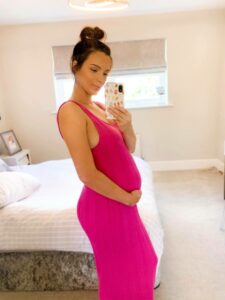 Every little twinge during my first pregnancy I was convinced I was going into labour or something was wrong. This time, I have been able to relax more and after knowing what a contraction really does feel like, I am not rushing down to A&E or ringing my midwife.

I was told that the second time around your bump is usually bigger as your stomach muscles have stretched. As I have been eating healthier and working out during this pregnancy, my bump is no where near as big as it was the first time. I feel like I need to take more photos of the progression as I get so busy with Mole or I don’t have the energy to take any. First time around my camera roll was full of bump photos.