Two months of having my gorgeous little squish Frankie. And two months in on being a mum of two under two. What is it like you ask? Well, I am…

Two months of having my gorgeous little squish Frankie. And two months in on being a mum of two under two.

Well, I am here now to explain how I am truly finding life… 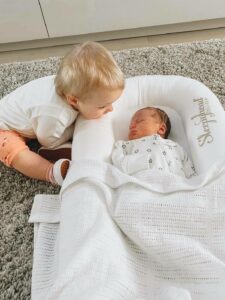 The first few days felt easy for me. I am not sure if it was because I was running off adrenaline or going from 0 to 1 felt so much harder than the jump 1 to 2.

I struggled with motherhood first time around. This was one of those niggly thoughts I would torment myself with during my second pregnancy. Asking myself over and over, “will I struggle again?”.

With Molly, everything came as a complete shock. I guess you could say I lived a very selfish life before becoming a mum. After having all the time in the world to myself to suddenly having zero time for myself. I use to spend days mourning my “old” life.

Fitting Frankie into my life felt like that missing piece of a jigsaw puzzle was finally found.  I felt nothing but pure joy. I got to experience love at first sight and I was lucky enough to feel that rush of emotions. 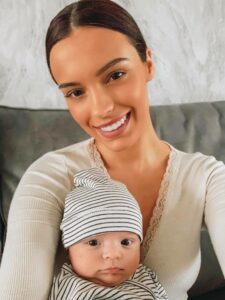 A few weeks in, feeling extremely overwhelmed got the better own me.  I felt extremely trapped and lonely. Having a baby shows who your real friends are. Those friends that drop everything to come and see you. Those friends that will drive over an hour to come and congratulate you. So dealing with a new addition and all the overwhelming feelings of being a new mum again is hard enough, but, you also have to deal with the realising who you thought cared about you don’t. That goes for family too.

Personally, I find it challenging to be out and about with both of them on my own. Mole hates the pram and wants to run the opposite way. I’ve found that short trips are helping. It’s nice to do simple trips and see adults out and about.

The first few days you really do try and do it all. I was fighting against myself to let go of the jobs I was so use to doing. I would wake up at daft o clock to rush into see Molly, for when she first wakes up in the morning after being up all hours of the night. I tried to take them both to soft play on my own at 9am on a Monday morning. I wouldn’t go to bed until all the clothes in the washing basket were ironed and put away. I could go on and on at all of the stuff I was trying to do.

It is so easy to forget that when you only had one, there was more time for washing or more time for the extra 10 minutes in a shower. Not that I am incapable as a Mother not being able to do it all. I just don’t have the same time.

Once the all nighters became a regular occurrence, I genuinely felt my body was breaking down on me. I knew it was time to let the washing slide, not be on top of emptying the dishwasher and take it easy with trying so hard to get out of the house with two on my own.

The hardest part to deal with, has been letting Jay take care of some of Molly’s jobs. I have looked after her and been present for so much of her life. I had full control in knowing what she needed and it is scary letting someone else take the ropes. I battle with thinking she won’t like me as much anymore or will she think I prefer Frankie over her. But accepting or asking for help will make you feel so much better. 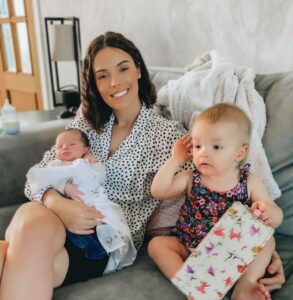 I use to tell everyone how easy it is having two under two as Frankie slots into Molly’s routine. He did at first. But trying to care for a newborn and a toddler requires a whole new routine.

If you are like me and do not like change, you will understand how hard this part was for me. I kept bath and bed times the same for Molly. I am not as strict on the times. Before I would make sure she was having her 10:00am nap dot on, now, if I am feeding Frankie at that time, I am not going to stress myself out that she is going to become over tired and not go down.

It felt inconvenient trying to look after Frankie with keeping Molly’s routine the same. He is now slowly getting his feeding times the same or his naps and it has been far easier to slowly change Molly’s routine into fitting in with Frankie.

My most asked question is: “What do you do at bath and bedtime when on your own?” 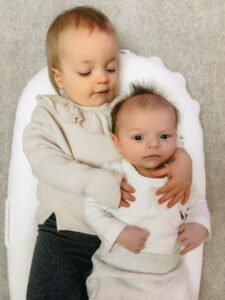 Answer: Tea starts at 4:30pm. This gives me time to make it without a hungry toddler screaming at me. Molly is in her highchair watching TV eating a fruit starter whilst I feed Frankie.

After tea, Molly goes straight upstairs with me and Frankie. Molly plays in the playroom whilst I get both of their outfits ready for the next day and their pyjamas for after the bath.

Molly goes in the bath first at around 6:00pm. Frankie sits next to me in his Angel Care bath seat. Depending on Molly’s mood, after her bath she either goes straight to bed or stays up helping me bath Frankie and we all ready a story together afterwards.

Frankie goes back downstairs for another feed and usually naps until I take him up to bed at 11:00pm.

(Update: I am now bathing Frankie at 8:00pm and then putting him straight to bed)

I would not change my life for the world. I am so happy!

I hope you enjoyed reading this. I just wanted to throw a little honesty out there as it is okay to admit life can be hard as well as being the best.