What is it like to be pregnant in your first trimester?

Zoe
4 min read
1367 views
No Comments on What is it like to be pregnant in your first trimester? 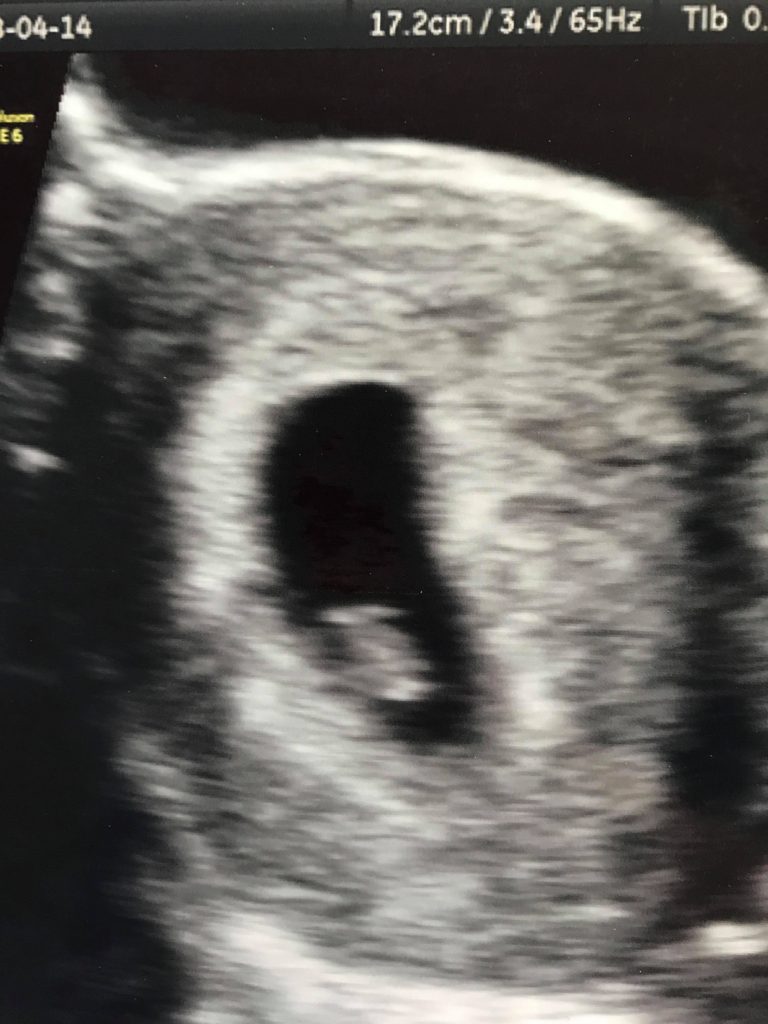 As it is #NationalBumpDay today it got me reminiscing my days when I lived as a whale, but more so, my first trimester. Especially as my symptoms were not the common ones.

Before I found out I was pregnant, I had the feeling I kind of was as it is obvious there is a chance but, I just needed it really confirming to believe it as I had some symptoms but not all so this kept my thoughts in limbo.

The first signs I got when pregnant was that I had cramping and twinges in my lower stomach, similar to period pain. This is so hard when you are unsure because you have to wait till after your due period to take the test too so it felt like it could be that time of the month soon.

Along with the cramping came the bloating. Again very similar to mensural symptoms. Nobody likes the feel of being bloated, its so uncomfortable. Nothing I was doing was helping the bloating go, such as drinking lot’s of water.

I’m unsure whether I just was not hungry or I could not be bothered to make anything to eat. I really would try and avoid all meals, I never felt sick at all I just did not want to eat. This symptom came as a surprise as I believed that when you are pregnant all you want to do is eat!

Urgh. I have never, ever, until now having a 4 month old baby, experienced that level of tiredness before. i didn’t think it was humanly possible to be that tired! I like to think I am a very active person, well at that time, I went from going to the gym every single day, sometimes twice a day, obsessed much??To not being able to stand up whilst having a shower :’) I would get in from work and the first thing I would do would be to lie on my bed and then i’d sleep till the next day. I had ZERO energy!

My sense of smell was stronger. I had noticed when I was spraying perfume or going in the kitchen and the smell of the fridge was very strong, to the point where I use to think, “What on earth is in that fridge?!”. By this point of my pregnancy, I became obsessively Googling, pregnancy symptoms to see if I had any similar and this was one that came up! I wonder how many other of you out there got a sense of smell like a Bloodhound?

Pregnancy tests all differ depending on the brand. Some tests are stronger than others and some tests and more clearer and easier to read than others. I started taking pregnancy tests a few days after my missed period. This is early for your average pregnancy test however, I bought one that said it was sensitive enough to detect my hormone level. The tests said very clearly “not pregnant”. I still felt pregnant by now and there was no sign of my period. I decided to take another test, this time by a different brand where you had to detect two lines in the test. Negative. Before I knew it, I became a pregnancy test addict, I was taking nearly two every day and they all kept on saying negative 🙁 . Whilst researching online, I came across an article that pregnancy tests can be positive but very faint. I gave myself another week and then tried again as my period still did not show up. When taking the tests again, I posted the pictures of them into forums online to see if anyone else could see a line. I even downloaded an app that changes the colour of the lines on the test to be more clear.#desperate? 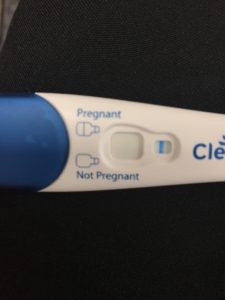 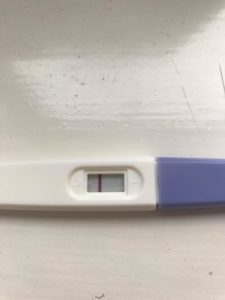 I took one last test and thought right no more now! I COULD SEE IT! a very, very, very faint line! And that was it, the start of my new life began. I was growing a little baby Mole inside my belly the whole time 😀 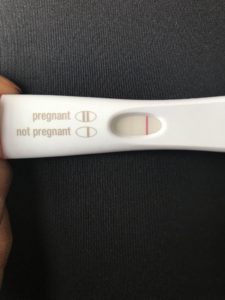 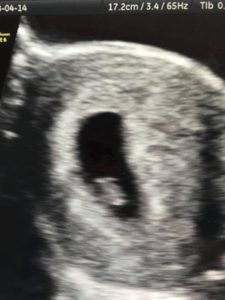