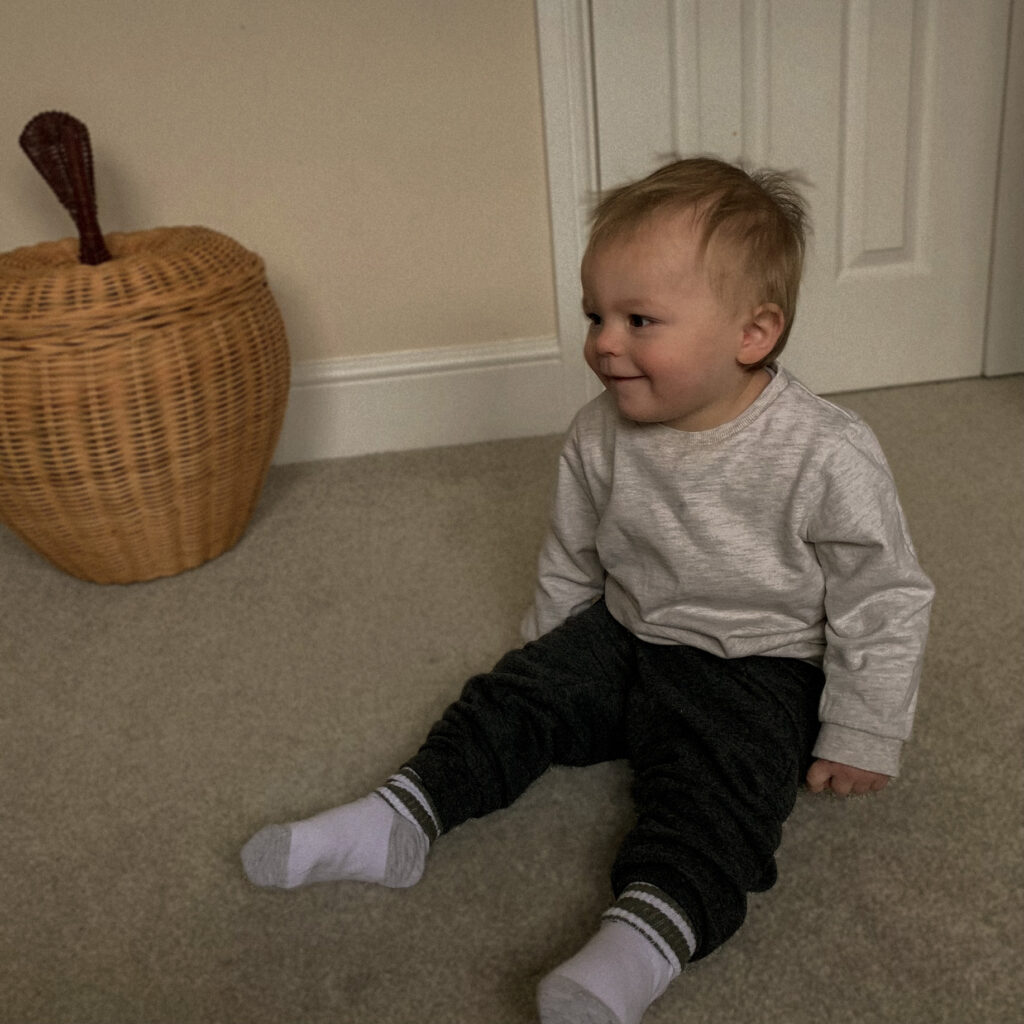 Do you remember on my instagram stories when Frankie had nappy rash and I was confused why he was sent home. Turns out the other little one in his class who was poorly, had tested positive for COVID. Shortly after, the mild symptoms Frankie had, that we thought were related to teething was actually COVID symptoms.

Starting off with Frankie

Frankie had a loose nappy at nursery. A few hours later I was asked to collect him because he looked like he was getting nappy rash. As you all watched, I was doing the best I could in trying to make the nappy rash clear up. At the time, the rash was almost gone. We then got a phone call from nursery to say that Frankie was not allowed back for 14 days as he has been in contact with another child who has tested positive.

I spent a few days isolating with him and he continued to get worse. Red raw.

His stomach was so poorly. I was changing nappies constantly. He wasn’t napping because he needed his nappy changing again. I was soaking him in oat baths at 6am in the morning and changing his nappy twice through the night. The cries in pain were heartbreaking.

Frankie then developed a wheezy chest. Nothing for me to think it was anything serious.

A day or so later, he was still having stomach issues and his breathing got worse. One night he was struggling and vomiting everywhere. We held him next to the humidifier which seemed to help him settle back down.

Waiting for my result

At the time I took the test, I felt okay, no temperature and very mild symptoms.

I recorded a gym session on my stories of me doing deadlifts in the garage and struggling to complete my workout because I was so tired. You know the kind of tiredness you get in your first trimester?.

That day my eyes had started burning. To the point where Jay asked if I had been crying because they were red. Still, I didn’t think much of that at the time. I just made sure I was self isolating as I was worried of picking COVID up on top of feeling run down.

The next day, my eyes were so sore. A bit like hay fever but worse. The fatigue hit me too. After I put Frankie down for his nap, I barely made it out of his bedroom before lying down outside his door on the floor. Every chance Frankie was asleep I’d lie down in bed which is not like me at all.

The results came back

Testing positive. The following day, I developed a tight chest which turned into an annoying dry cough. I could still get on with my day at home looking after the kids. Don’t get me wrong, it was hard looking after Frankie. I had moments where I would get tearful because I could feel how drained I was and how ill Frankie still was. Mole on the other hand was fine.

Later that night my breathing had changed. The frustrating thing was because I had noticed it had become slower, I couldn’t take my mind off it when trying to fall asleep. Out off all the days and nights so far, that was my worst. My head was light headed and felt funny but it was hard to tell if that was from worrying or from my breathing.

Waking up today I feel like I am on the mend. My shortness of breath comes and goes but the fatigue is wearing off and my cough is clearing up. I’m glad the worst feels over and I can see how this virus could be serious for some people.

I hope you all stay safe <3